Home About Subscribe Archives
What Happened To The Real Risk-Takers?
Why Can't Companies Be Managed Like A Film Crew?

Kodak Makes Me A Super Hero!

It's official. I'm now a super hero thanks to a new viral marketing campaign by Kodak. 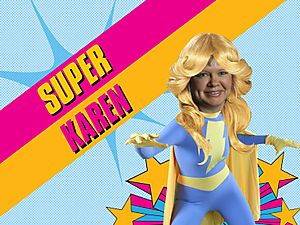 Created by San Francisco based agency EVB, the "Make Me Super" campaign lets you download an image of yourself and superimpose it into the face and body of a superhero. A video is created, and all of a sudden you're the star of the show.

It's incredibly amusing, and the music is pretty catchy too. If you wish, you're able to purchase your superhero image emblazoned on a mug or mousepad. The campaign is fun, memorable, personalized, and you're able to pass the video on to friends. The tagline at the bottom of the custom edit page says "Kodak Gallery make something", so you get the feeling that it's OK to do something funny (or silly, depending on your perspective of life), if it's a way of expressing your creativity.

I wish more ad campaigns were this fun. Kodak has a history of hiring agencies that use intriguing and interactive techniques. Years ago, OgilvyInteractive incorporated the principles of digital storytelling into the design of a multiple award-winning campaign called "The Adventures of John." It appeared in the form of a stick man comic strip which showed up as banner ad teasers on media sites such as 24/7 Network, Engage Network, Toronto.com and Sympatico.ca.

The interactive story eventually brought the audience to a Kodak product page that contained the message "It's not the same without pictures."

Do you think interactive storytelling works in the adspace? If so, what is it about this technique that grabs your attention..if not, why not? What was your impression of the "Make Me Super" campaign?

Thanks again for stopping by Evelyn - and good to hear from you again! I haven't seen the Disney campaign,but it seems like a great idea to incorporate the video as a "news broadcast."

Have you checked out the one by Disney? You are featured in a "news broadcast" as disney dedicate the day to you and your guests. Really well done.

Thanks for your comment and thanks for stopping by. You're right about the fact that some people would remember the gimmick and not the brand...but I guess in this age of information overload...any creative way of having people remember your brand is a good thing! (it's along the line of thinking that even bad PR could be good PR!)

Love the header on your blog by the way...

It reminds me of the "Elf Yourself" and "Scrooge Yourself" campaigns a Christmas or so ago. I think that interactive storytelling can work--if it fits the brand and the purpose of the campaign. Otherwise, it can become a gimmick; and you remember the gimmick but not the brand.

Thanks for your comment. I like the idea of interactivity too as it tends to engage an audience and make them feel as if they're part of the story.

Hope all is well with you!

The comments to this entry are closed. 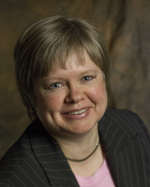 Subscribe to this blog's feed
Blog powered by Typepad